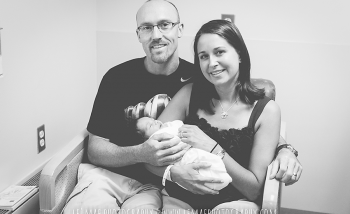 “He is finally here!”, thought Nikki, as she looked at his beautiful perfect fingers curled around her own. Katie was resting next to her in her bed and Adam was at the hotel, hopefully sleeping. From the moment Shane had arrived, Katie had told them it felt like he was their child right from the start, so she left Nikki in charge of all his care. It was so right from the moment Nikki had first held him.
Deep in her heart Nikki knew Katie would be okay because she was determined to ensure everyone had their place in his life. Katie made sure that Nikki took care of all of his needs, so she was busy changing, feeding and getting him to sleep. This also allowed Katie to rest from the surgery because when she went home she would have a very busy toddler to care for. This time together was so important because for all of them it secured a bond like no other, a bond meant to last a lifetime. The deep conversations they had would never be taken lightly or forgotten.

During the day Katie’s mom, Kathy, brought over Ryder and he was so sweet with Shane. He just kept giving him kisses over and over. Katie’s brother came for a visit as well as Adam’s sister and brother-in -law and it felt so normal, like one child who was going to be loved by an entire family. Katie’s photographer came by for more pictures and Nikki and Katie could not wait to see them all. It was important to Nikki and Katie to document this journey completely so Shane would always know his story and how much he is loved.

On Sunday, two days after his arrival, Shane was finally released and Nikki and Adam could not wait to take him home and have all the kids meet him. As excited as they were, the joy was bittersweet because they knew Katie was going home alone. “The happiness in adoption is always tinged with loss,” thought Nikki. Before they prepared to leave the hospital they gave Katie some alone time with Shane. While they waited in a private area of the nursery Katie was discharged and after she left, they were able to receive the paperwork, get in their car and begin their drive home. During the car ride Shane screamed and fussed the entire time, something that they soon learned was his forte on car rides. Emotionally spent and raw they drove home knowing they would soon be introducing him to his siblings and extended family. So many feelings were circling Nikki’s brain, almost too much emotion to feel in one moment alone.

Pulling onto their street they saw the older children waiting in the driveway with Nikki’s parents waving them home. As soon as the kids saw Shane they were smothering him with kisses and their excitement echoed through the air. Inside everyone took turns sitting on the couch and holding him, marveling at his tiny perfection. Everyone was in love! When Nikki’s parents left for some well deserved peace and quiet the kids asked to walk him around the neighborhood in the stroller. They excitingly called to every neighbor they could find, thrilled to show off their new brother. Nikki snapped pictures and texted them to Katie so she could see Shane’s homecoming and how the children were reacting to Shane’s arrival home. Katie was never far from their thoughts.

That night, exhausted and counting their blessings, Nikki and Adam fell asleep quickly, grateful to be in their own bed. They had arranged while Adam was off for the next two weeks to take turns with nightly feedings. Shane woke regularly to eat, went right back to sleep and was not fussy at all.The strength of their relationship played out during times like this; this was something they were good at. This beautiful child they had dreamed about, nurtured by Katie, was finally here. They were ready for their transition to a family of six and they knew that Katie would never be far from their heart or their prayers.