Giving a Child up for Adoption From Another Perspective 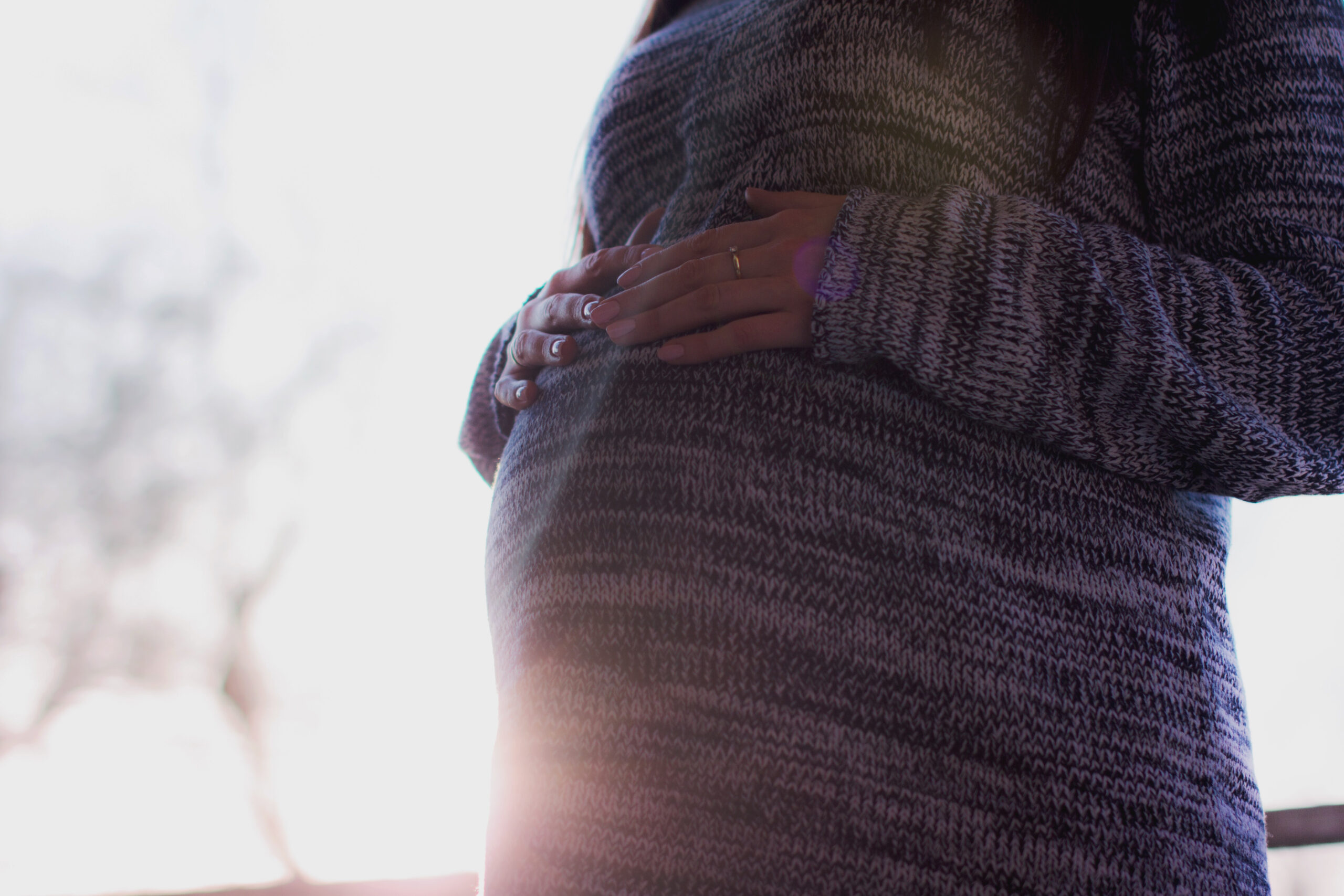 My Daughter is Pregnant

In August my father died very unexpectedly. As a result of his sudden death, we had to place my handicapped mother into an adult foster home. I was already struggling with grief and many intense emotions when I received a call from my daughter’s high school counselor. The school year was just beginning, so I was surprised and curious as to why she was calling. I couldn’t reach her that day, so when I returned home that evening from the elementary school where I taught, I asked my daughter what she thought her counselor wanted to talk to me about. It was then that my daughter Amy gently sat me down at the kitchen table and told me she was pregnant.

I was both shocked and stunned. Amy is my youngest daughter, and she was just starting her senior year. I wasn’t angry with her. I knew at this difficult time in her life she didn’t need someone to be angry with her. Rather, I was concerned for her well-being, both emotionally and physically. She told me she thought she was five months pregnant. Amy had found out that she was expecting in May, but decided not to tell anyone at that point because she didn’t believe in abortions and didn’t want to take that route. She had gone to a clinic to get prenatal care, however, they wanted to talk abortion with her, so she got up and left the clinic. Therefore, Amy had kept the pregnancy a secret all summer.

The next few days, weeks and months were difficult for all of us. Amy cared deeply for her boyfriend Ryan, however she wasn’t ready for marriage and wasn’t sure if he was the person she wished to marry. We all met with the high school counselor, and we also sought professional counseling from a very wise woman who helped us all through the pregnancy.

Amy wanted to go on to college. She checked at the local colleges to see if she could live in a type of housing with a baby, and she could. She found out most colleges offer daycare for children over two years of age. Amy considered staying home and attending school, and finding a sitter for the baby during her class time. She talked to other young moms and discovered that it was very difficult to go to school, study, and take care of a baby. She also knew she would have to work a part time job to pay for the expenses of a child. We were willing to help with expenses of college and care, but we couldn’t pay for all of it because our other two daughters were also in college. She discovered many of the babies spent most of the day at the daycare. Then picked up at dinner time, fed, bathed, and put to bed so the mother could study. It was at this point that Amy decided that she couldn’t offer the baby the quality of life that she truly wanted for her. Amy and Ryan started to consider giving the child up for adoption.

As a grandmother-to-be, their decision was very hard for me. I am a very family-oriented person. And I love children—I’m an elementary teacher—and I was looking forward to having grandchildren. I even thought of raising the child myself, but in my heart I knew it just wouldn’t work. Amy wouldn’t let that happen. She would raise her first. I also had the wisdom to see that Amy couldn’t provide for her. After all, she was just seventeen and hadn’t even graduated from high school. As difficult as it was, I knew this had to be their decision and not mine.

A Courageous Decision – Give the baby Life

I had great admiration for Amy’s courageous decision to give the baby life. In an era where many young girls choose abortion, Amy knew she loved this child and had to choose life. Amy’s strength continued to amaze me. She walked into that high school every day. Her classmates stopped calling, she stopped going to football games and the homecomings. She had decided to put all the high school “stuff” behind her so she could give this child life. I prayed that Amy’s child would understand that her birthmother did, in fact, love her very much.

Once the decision had been made, Amy and Ryan began to search for just the right family to adopt their baby. They interviewed many agencies and families. The family they finally chose had lost a child to cancer. Amy and I both felt for this couple to be given another child would give them such joy. We knew she would be loved greatly. Still, Amy looked carefully at their home environment, and asked such questions as:  Would they read to her every day? Would they provide her with the best educational background possible? Would they take her to the park? Bake cookies? Make snowmen? Take her to church? Play with her? Did they have secure careers? Would they have lots of time to rock her? Hold her? Care for her? As Amy learned more about them, she felt very content with her decision. And so did I. This was a wonderful family. They were older, had the maturity and finances to raise a child, and had another daughter so Amy’s baby wouldn’t be an only child. Also, the adoptive father had placed a daughter for adoption when he was in college, and this fact bound us closer. He would understand our grief, and would also understand why Amy wanted an “open adoption.”

The Best Decision for Both Children

My family gave us lots of opinions and disagreement on Amy’s choice. It was hard. I must admit this was one of the hardest points in my life, and I’d been through some pretty difficult times. It helped me to think of Amy’s life—to step back as a mother and consider my child’s life. What was best for this child? I must admit that this is what helped me through all of the adoption process. It was the fact that the decision was based on what would be in the very best interest for both children. Amy wasn’t giving a child up for adoption, she was loving her child enough to give her life.

Amy delivered her baby girl two days after Christmas. I was in the delivery room, and watched my first grandchild come into the world. I heard her first cries and I held her. She looked so much like my three daughters when they had been born. Shortly after her birth I received the news that my mother had died about the same time that Amy’s baby had been born. I didn’t think my heart could bear any more pain.

The adoptive parents came to the hospital. This was hard. However, we started to bond. We talked. They decided on her name, and gave her Amy’s middle name as her middle name. I could see the joy she was already bringing into their lives. We had a special ceremony together in the hospital chapel, and the baby went home with her adoptive parents. Amy and I went to our home and grieved. I slept for many days with the blanket that the hospital had wrapped the baby in.

Both Amy and I slowly got our lives back together after many days, weeks, and months of grieving. Although we grieved for our loss, we did have a strong sense of peace that the right decision had been made. God seemed to be with us. In fact, we sensed that it was more than a coincidence that Amy had found such a perfect family.

Our adoptive family sent letters and pictures each month. We found such comfort and joy in those. We could hear their love for this child in their words, and the pictures showed us she was being very well taken care of. Those letters gave us such peace.

We all meet together each summer for a picnic. The first meeting was the hardest—as hard for the adoptive parents as for us. However it was so good to see ‘Kathryn’ laughing and playing. It was so reassuring. Now we eagerly look forward to those summer picnics. They are special days. We bring Kathryn gifts and take lots of pictures. It’s especially wonderful for us because Kathryn is such a loving child. She lets us hold her and play with her. When we leave the park, it isn’t with sadness, but with a sense of peace. Peace and a knowledge that adoption was the right choice.

It Changes a Person

Amy is now going into her senior year in college, pursuing a career in elementary education. She has made the dean’s list several times, and works part time jobs as a camp counselor in the summers and at an after school care facility while she goes to college. She isn’t in a relationship with anyone. Amy and Ryan went in different directions, although they remain close friends. She backpacked through Europe last summer with her sister. And this spring break she volunteered to work in a homeless shelter for a week. Amy has matured into a very loving, giving, mature young lady. I believe she has become a better person from all she went through and the decisions she made. I think difficult times and grief sometimes can change the way a person acts or thinks. It makes you stronger, more appreciative of others, less self-focused, more loving.

As for myself, I’m doing fine. I love getting pictures of Kathryn. I enjoy our summer visits together. She will always be my granddaughter, and I dream of us sitting down together some day for a cup of tea. However, until that time, I cherish our time together. At Christmas, I usually put a lot of thought into getting her just the right gift. A couple of years ago I found one special gift for both her and Amy that I’m waiting to give them both later, when the time is right. It’s a Christmas tree ornament shaped in the form of a gold Christmas tree called “The Tree of Life”. I bought it at the hospital where Kathryn was born. Some future Christmas, when Kathryn is much older, I’ll give her that tree to put on her Christmas tree, and hope that it reminds her that someone who loved her very much chose life for her. I bought one for myself and one for Amy, too, because we also need to remember that Amy not only chose life for Kathryn—she chose the best life.

Click HERE to learn more about adoption as an alternative to abortion. If you are pregnant and considering giving a child up for adoption, call us at 800-677-2367 or send us a message and we’ll call you.