Why Is The U.S. State Department Making It Harder For Orphans To Find Families? 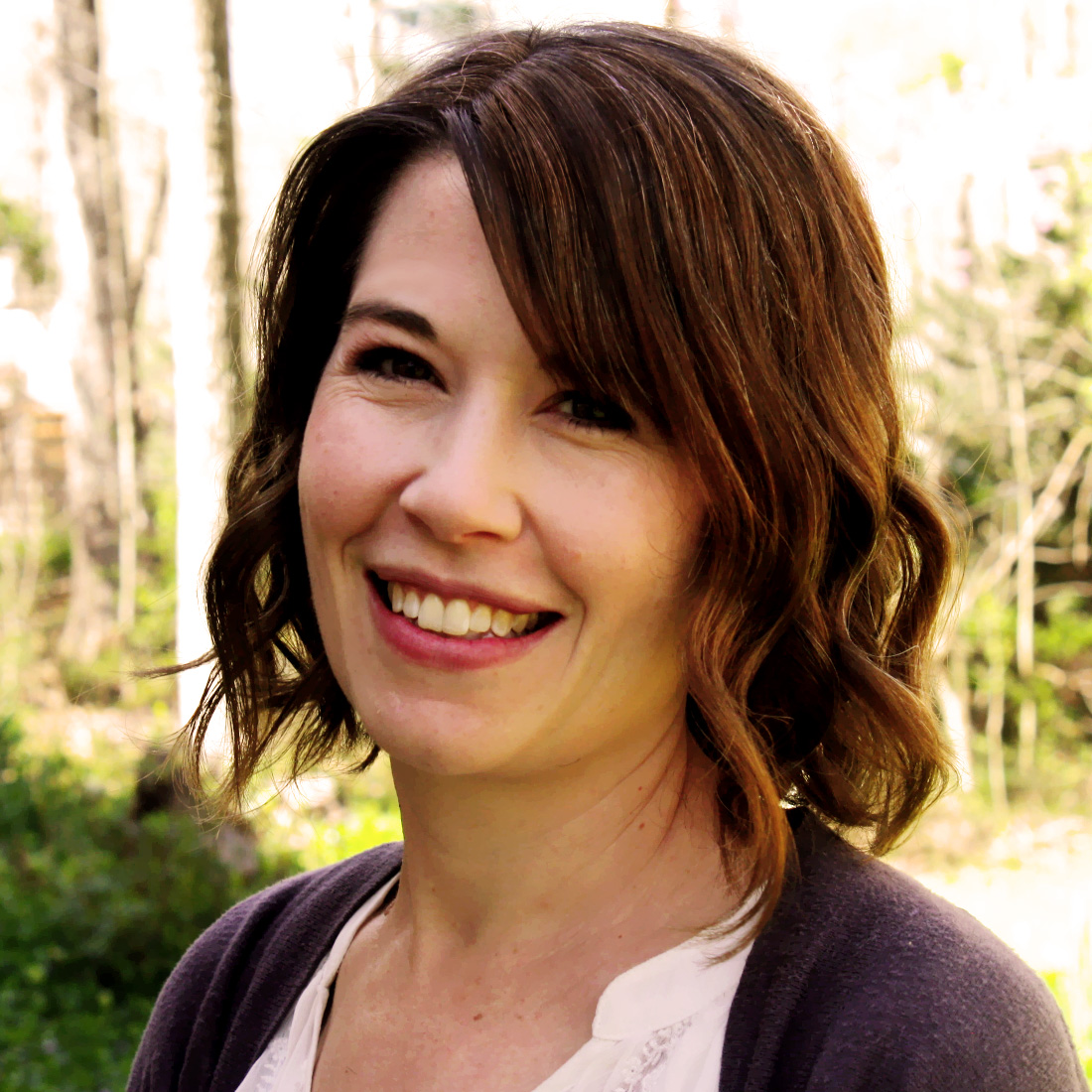 Originally posted on The Federalist, JUNE 6, 2019 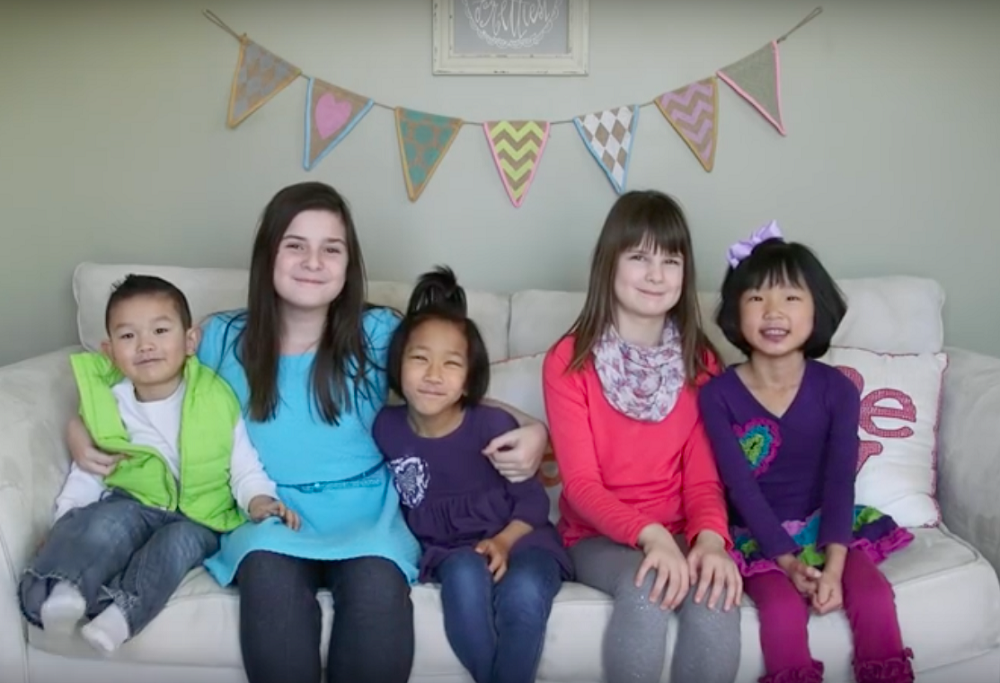 Jacques and Emily Rancourt have the kind of family you don’t see every day. Not only are they raising seven children—five through adoption—but most of their adopted children have life-threatening congenital heart defects. The Rancourts have spent so much time in cardiac care at Children’s National Hospital in Washington D.C. that they and another couple started a charity for families of children in cardiac crisis.

“Lily can connect with these children in the hospital like no one else can,” Emily says of her 9-year-old daughter, whose remarkable story includes receiving a heart transplant at age four. “She’s using the gift she was given to the maximum. She blesses people everywhere she goes.”

This video, originally made for the American Heart Association, gives a glimpse of what Lily has overcome:

But according to Emily, their adoption of Lily and her four siblings almost didn’t happen. The Rancourts had always been interested in adopting, but when they started to research the process about ten years ago, they quickly became overwhelmed. “The process just seemed so complicated, and the cost seemed prohibitive,” Emily says. “We began to think, ‘Adoption isn’t for people like us.’”

Then one day, everything changed in a single moment. “I was looking through adoption information, and suddenly I saw Lily’s face,” Emily remembers. “That’s all it took. I can’t really describe it. I just saw her photo and I knew, ‘This is our daughter.’”

Driven by love for a terminally ill baby they’d never met, the Rancourts dove headlong into the costly, complicated adoption process, traveling to China and bringing home both Lily and another little girl, Mackenzie, in 2012. Since then, they’ve adopted two more children from China and one from the United States.

If the U.S. Department of State gets its way, stories like the Rancourts’ will become a thing of the past. Last year, the State Department began issuing “guidance” for American adoption agencies, informing them that the once-common international adoption practice of pre-matching children with interested families was now “not acceptable” and “could lead to adverse action.”

When puzzled agencies sought clarification, State Department staff informed them that its new restrictions governed “all of the steps related to identifying a child for adoption, telling a prospective adoptive family about the child, and arranging the adoption of the child by that family.” The Department contends that none of these steps may take place before the child has been declared eligible for adoption, or before a family has completed a home study.

Under these rules, the Rancourts could never have seen Lily’s photo and requested her file before having a home study—even though this was the very thing that motivated them to get a home study in the first place. It’s no exaggeration to say that the consequences for Lily would have been devastating. As an orphan in China with a complicated and fatal heart condition, she would have died young and alone, without ever having known the love of a family.

Mackenzie would have suffered an even more brutal fate. While Lily’s Chinese orphanage was comparably humane, Mackenzie spent her first three years of life in an institution Emily describes as “the pit of hell”—a place where children are rumored to routinely suffer abuse by having their heads submerged in buckets of water. When the Rancourts first brought Mackenzie home, “She was a shell of who she is now,” Emily remembers. “She was skittish and scared. She had no language and could only make guttural sounds.”

Five months after coming home, Mackenzie awoke one morning with facial paralysis. Doctors discovered a giant bacterial mass in her ear, which had grown large enough to crush her inner ear bones and perforate her skull. It required a 14-hour surgery and a 12-week course of IV antibiotics to save her life. When lab reports came back, the Rancourts were horrified to learn the truth: according to the infectious disease doctor, the only way those particular bacteria could have ended up so deep in their daughter’s ear would have been by submersion in liquid containing human feces.

Miraculously, despite her challenges and past abuse, Mackenzie is thriving. “Now she is the most joy-filled, happy 10-year-old you could possibly meet,” Emily says of her daughter. “Her teacher calls her the ‘mayor’ of her school. She is the joy of every room she enters.” Without the rules allowing Jacques and Emily to be matched with Mackenzie prior to having a home study completed, there is no question as to where this little girl could’ve ended up.

The State Department argues that it didn’t write new regulations but simply interpreted existing ones. They contend that “soft referrals” are not in the best interests of children, and that they have never been acceptable practice under the Hague Adoption Convention.

This latter point is a curious position, given the fact that just three years ago, the State Department acknowledged the existence of “soft referrals” when it tried to regulate international adoption via the official rulemaking process. At the time, the department wrote that under existing U.S. law, “an agency can match a child to a family that has not completed its home study or training.”

When those proposed regulations failed—largely due to the Trump administration’s policy of curbing new regulation—the department decided to circumvent the official process and use a backdoor method to change the rules governing international adoption. In its legal briefs, however, the State Department denies that its “soft referral” ban constitutes a change in regulations at all.

Meanwhile, NCFA has submitted sworn statements from ten adoption agencies, attesting to the fact that, before 2018, they routinely used “soft referrals” as an effective tool to recruit families for hard-to-place children. “Since ceasing to make ‘soft referrals,’ [we have] experienced a downturn in the placement of older children and children with special needs,” one agency head wrote.

“Since the ban was announced, we’ve received many inquiries from pre-homestudy families about particular waiting children, but they declined to begin a homestudy or the adoption process without some assurance that the specific child of interest to them would be available for them to adopt when their homestudy was completed,” said another.

“Every child deserves a forever family,” another agency head wrote, “and the soft referral ban has obviously resulted in fewer children having that opportunity.” With the number of international adoptions reaching an all-time low last year, it’s hard to imagine that losing a key tool for placing children with special needs won’t push international adoption still closer to extinction. This is not just a loss for Americans wishing to adopt, but also for the many children in desperate need of a family’s care.

In his declaration to the court, Dr. Daniel Nehrbass of Nightlight Christian Adoptions summarized the human reason “soft referrals” matter: “Becoming an adoptive parent is a large risk for people, and they envision a daunting life-change. But they are willing to take this risk when they fall in love with a particular child … If people are not able to gauge the likelihood of adopting a particular child and gain child-specific training prior to committing to an adoption, they are not going to adopt at all. We who work in this the field of intercountry adoption all know this to be true.”

“For us, it wasn’t about adopting ‘a child,’” Emily confirms. “It was about adopting Mackenzie, adopting Lily. If we had gone through that whole process only to hear that we couldn’t adopt those children, it would have been like a death. It would have been so traumatic for us that we would probably have thrown up our hands and walked away. I think there are a lot of families who are scared of that now.”

‘They’re Fighting For Their Lives and Dying’

In May, NCFA and the State Department filed the latest round of legal briefs, joined by three amici briefs in NCFA’s favor from various players in the adoption field. (Notably, one amicus brief came from the Council on Accreditation, which until recently worked closely with the State Department to accredit adoption agencies.)

This is not the first lawsuit to emerge from the State Department’s recent crackdown on international adoption. Last year, three adoption agencies won a preliminary injunction against the department, with a federal judge sternly rebuking the State Department for its “arbitrary and capricious” attempt to rewrite its own rules. NCFA and its allies are hoping for a similar outcome in this case.

For adoptive parents like Emily, it’s clear that the stakes are far higher than mere legal precedent or bureaucratic overreach. “I get so upset by what’s happening now,” she says. “I look at the way the adoption process has changed, and how it’s no longer possible to do what Jacques and I did. Meanwhile, kids are over there in those orphanages—they’re fighting for their lives and dying.”

“Most of our adopted kids, with the medical issues they have, their life expectancy is not long,” Emily says. “But they have more will to live than anyone I’ve ever seen. They’ve taught us so many lessons about life, and about treasuring each moment. We would so much rather have the time with them—to give them the love of a family for as many days as they have—than not at all.”

Jayme Metzgar is a Senior Contributor at The Federalist.
PrevPrevious
NextNext